Walthamstow Garden Party in Lloyd Park even better for 2018 and now environmentally friendly - plastic minimised and taps for refilling your bottles! Opportunity for scavengers to collect any glasses left lying around and claim the £1 deposit back. The glasses will then be washed off site and used on another occasion - real recyling as it was in the 1950s!! 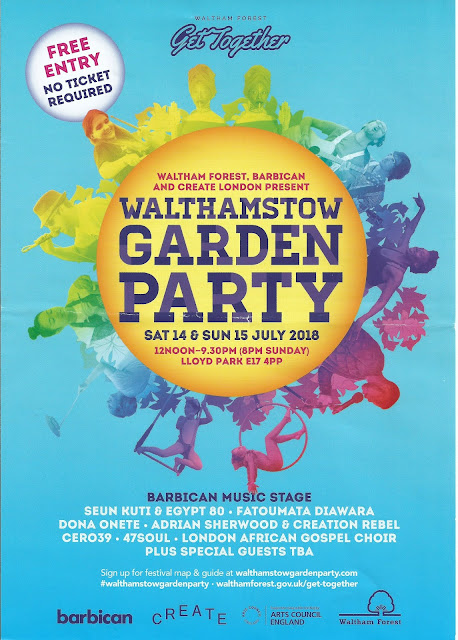 Over 4,700 flats are being built in Walthamstow and another 500 planned for the Town Centre. This is far too many without improvements to the infrastructure i.e. better transport, more health facilities, schools, parks but much of this is not happening due to lack of money. There is no room for improved transport - no space for new roads and extra lines for the tube light years away if ever!

Most of the new flats are outside the range of those on the London average wage of £35k - Essex Brewery 3 bed flat is £800k and a 2 bed in Walthamstow Gateway is £400k. So what is meant by "affordable" ?

It now gets very complicated as the definitions are endless as these links show:

TOWN CENTRE
As is normal with very large developments independent consultants are asked to check the developer’s figures. Having looked at these heavily redacted reports I have found some interesting information.

The four tower blocks will range from 12 to 29 storeys creating up to 500 flats. The Viability Assessment (VA) was carried out on an assumption of 471, but 600 units are being considered. The cost is expected to be in the region of £135m. Curiously blocks B and C will have 261 and 168 flats but D and E only 27 and 15. This means the VA has different information to the Planning Application which clearly states the blocks will be 12 to 29 storeys.

Apparently each block will have a lift for 13 people and a separate one for the fire lift and will cost in the region of £0.5m.

The substructure plan to allow the tower blocks to be built will be a platform built over the tube lines needing significant piles to support the platform. The consultants reckon the costs have been under estimated, which is not surprising as this would be a very skilled job and I doubt the detailed planning for this has yet been done.  They comment about the cost that “ there is a risk it may be insufficient subject to confirmation of substructure design. A detailed design risk assessment is still to be finalised.” They did not have sufficient information to accurately check the pricing.

C&R have allowed 14 months to prepare the site for the development which will mean the children’s playground and Big Screen will be removed and a walkway tunnel built to protect the existing entrance to the Mall, much like the “tunnel” currently over the entrance to Liverpool Station.

The actual construction work will take 52 months so even if they started now it would not be finished until 2024 at the earliest. They have also allowed 4.5 years to sell all the flats!

Clearly we will have plenty of questions if and when they submit their application for full planning permission for the tower blocks. 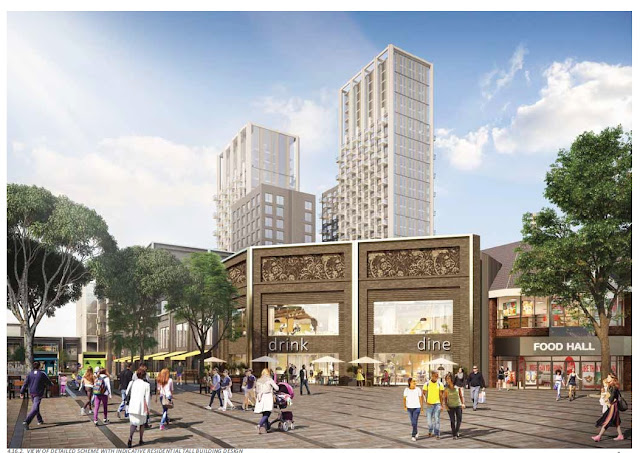 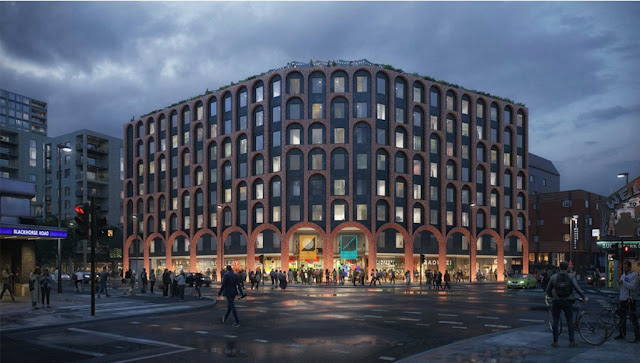