BGORUG - Steam Train to the rescue!

Please get in touch if you require any further information.

Visit: http://artnight.london Twitter: @ARTNIGHTLDN, Instagram: @ARTNIGHTLDN, Facebook Art Night | Art Night is administrated by ArtCity Nights, a registered charity no 1164449.
THE MAYOR’S LONDON BOROUGH OF CULTURE AWARD
The London Borough of Culture award is a major new initiative launched by the Mayor of London in June 2017 and inspired by the UK City and European Capital of Culture programmes. The Mayor’s London Borough of Culture award brings Londoners together. Putting culture at the heart of local communities, where it belongs. Shining a light on the character and diversity of London’s boroughs and showing culture is for everyone. Now more than ever, the Mayor wants Londoners to get to know each other and feel part of our great city. Thanks to this new award, all Londoners will now have the chance to be part of something extraordinary.
In total, 22 boroughs bid for £1million funding to stage a year-long programme of cultural events and initiatives, and to develop a plan to make culture an integral part of the borough’s future. Waltham Forest will be London Borough of Culture in 2019 and Brent will be London Borough of Culture in 2020. A panel of experts and City Hall officers read and moderated the bids. Experts were from institutions including City Bridge Trust, Historic England, Arts Council England, Paul Hamlyn Foundation, Heritage Lottery Fund and the City of London. Recommendations were made to the Deputy Mayor for Culture and the Creative Industries, Justine Simons OBE and the Mayor, Sadiq Khan, who made the final decision.
The winning boroughs of Waltham Forest and Brent were chosen based on their artistic vision and ambition to deliver outstanding cultural initiatives in their local area, putting communities at the centre of the programme design and delivery. The successful boroughs have demonstrated how winning the title will enable them to deliver their long-term ambitions, put local people at the heart of the programme, and showcase a diverse, vibrant and inclusive programme of work.
WALTHAM FOREST LONDON BOROUGH OF CULTURE 2019
Waltham Forest is the Mayor’s first London Borough of Culture. The award, the flagship programme in his culture strategy, was a major new initiative launched by Sadiq to put culture at the heart of London’s communities. More than 15,000 people backed Waltham Forest’s bid, which aims to inspire 85% of households to participate in the cultural year, engage every school in the area in arts and culture, and to attract over half a million new visitors to the borough.
The year will explore the themes ‘Radicals’, ‘Makers’ and ‘Fellowship’ in a collaboration between local residents, artists and creatives creating a once in a life time celebration of the place we call ‘home’.
Waltham Forest, London Borough of Culture 2019 will shine a light on the character, diversity and cultures of the borough, the things we have in common and the things that make us different, a year-long celebration of the real cultures of London by the people who live here.
FUNDING FOR LONDON BOROUGH OF CULTURE
The two winning London Boroughs of Culture (2019 and 2020) will receive a guaranteed fund of £1.35 million. This comprises of £1.25m pledged by City Hall with additional support from the City Bridge Trust of £100,000. In addition, a total of £1,004,000 has been allocated to up to six additional boroughs for individual landmark projects – the Mayor’s Cultural Impact Award. This comprises £904,000 from City Hall and £100,000 from the City Bridge Trust. The winning boroughs will also be supported to bid for funds that have been agreed by external partners Paul Hamlyn Foundation and Heritage Lottery Fund. The Heritage Lottery Fund and the Paul Hamlyn Foundation will work with the winning boroughs to help them secure further funding for bespoke cultural projects that will help bring real change to local boroughs. Boroughs are expected to provide at least 30% match funding (25% in cash, 5% in kind).
ABOUT THE CITY OF LONDON CORPORATION
The City of London Corporation is the governing body of the Square Mile dedicated to a vibrant and thriving City, supporting a diverse and sustainable London within a globally-successful UK www.cityoflondon.gov.uk
ABOUT CITY BRIDGE TRUST
City Bridge Trust is the City of London Corporation's charitable funder. It is London's biggest independent grant giver, making grants of £20 million a year to tackle disadvantage across the capital. City Bridge Trust has awarded more than 7,700 grants totalling over £370 million since it first began in 1995. It helps achieve the City Corporation's aim of changing the lives of hundreds of thousands of Londoners.
AIRBNB
Airbnb is supporting the London Borough of Culture with funding to promote healthy tourism. Airbnb’s Community Tourism Programme, will support the Mayor’s winning boroughs – Waltham Forest and Brent – by funding innovative local community project ‘Listen Local’. This will place writers in Waltham Forest and Brent to work with local creative talent and their communities to uncover hidden stories about local people and places.
Find out more and explore the programme at wfculture19.co.uk. Follow them on Twitter, Facebook and Instagram @WFCulture19 #WFCulture19
PHILLIPS
Phillips is a leading global platform for buying and selling 20th and 21st Century art and design. With dedicated expertise in the areas of Art, Design, Photographs, Editions, Watches, and Jewellery, Phillips offers professional services and advice on all aspects of collecting. Auctions and exhibitions are held at salerooms in London, New York, Geneva, and Hong Kong, while clients are further served through representative offices based throughout Europe, the United States and Asia. Phillips also offers an online auction platform accessible anywhere in the world, and is committed to supporting contemporary arts and culture through a worldwide programme of Arts Partnerships.
Visit www.phillips.com for further information.
Art Night would like to thank its 2019 Partners and Supporters:
Argent, Arts Council England, ArtSocial Foundation, Bloomberg Philanthropies, Cass Art, COS, frieze, Goethe-Institut London, Hiscox, Iniva, Jack Arts, Korean Cultural Centre UK, Lisson Gallery, London Borough of Waltham Forest, Mayor of London, Phillips, Tramway Glasgow, Visit London, William Morris Gallery and Yarat Contemporary Art Space.
Posted by WFOC at 16:34 No comments:

Email ThisBlogThis!Share to TwitterShare to FacebookShare to Pinterest
Labels: BoC

Grenfell - the extremes of London

I took a walk around Holland Park and North Kensington and the extremes are extraordinary. Fabulous blossomed lined streets with huge houses at a cost of millions - the estate agents were advertising flats at £7,000 per week!! Makes Walthamstow look really third world! Then you get to the council estates which are cramped with very little space and towering above them all is the Grenfell Tower. What is our council and the GLA doing to avoid this type of community disaster?? 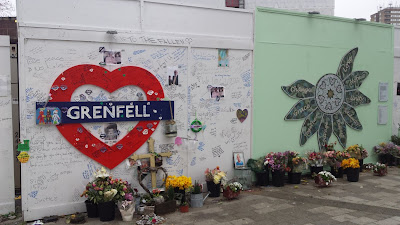 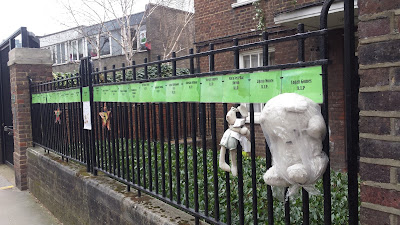 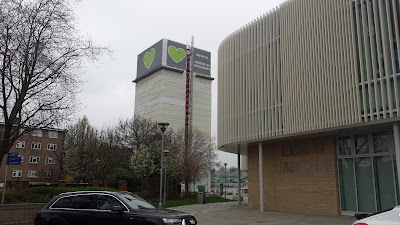 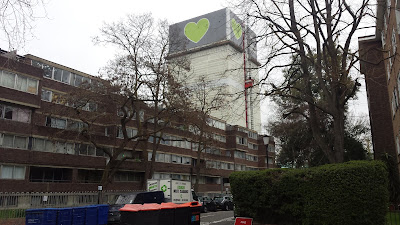 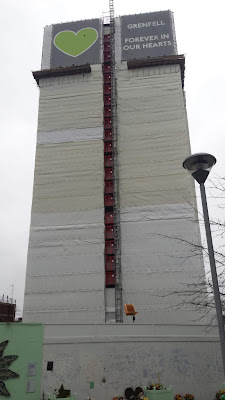 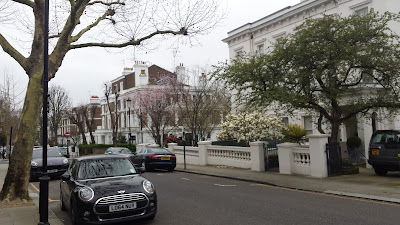 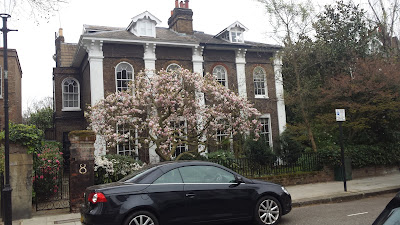 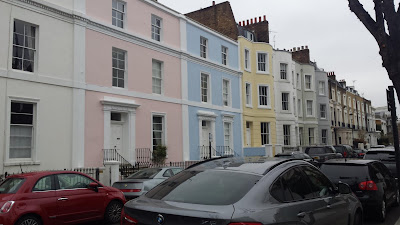 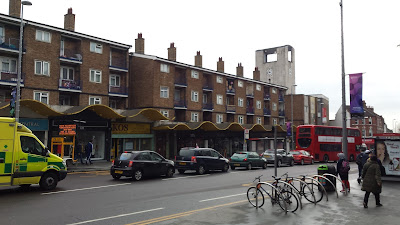 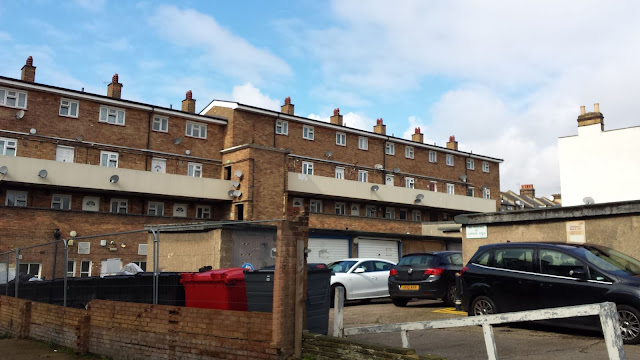 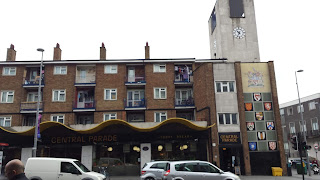 On the 21st March 2019 the Cabinet will decide to redevelop the service yard of Central Parade by constructing 19 flats, 50% affordable, adding to the existing 35 flats. An additional 9 flats will be created by converting some of the existing 1st floor offices.

The good news is the building has been listed so the council has decided they can't develop the whole site which from the early designs was going to be a real eyesore. 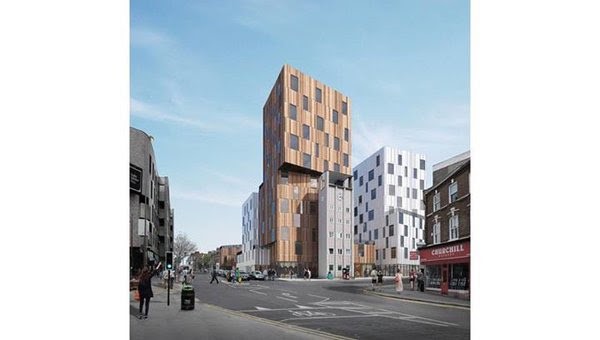 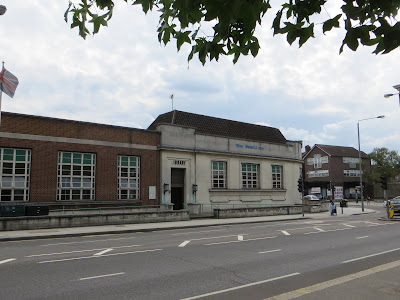 Last night (19/3/19) at the Wood Street Community Ward Forum Cllr Miller reported that 2 community groups had said they would be bidding for the existing library building. He did not reveal who these groups are but we do know that one of them has withdrawn. Up until the closing date of the ACV, 8th July 2019, the council would have to consider these offers.

After the 8th July they can put the building on the open market. After a viability assessment they would then have to decide which offer to take. In the meantime the council is preparing their own scheme for the building. 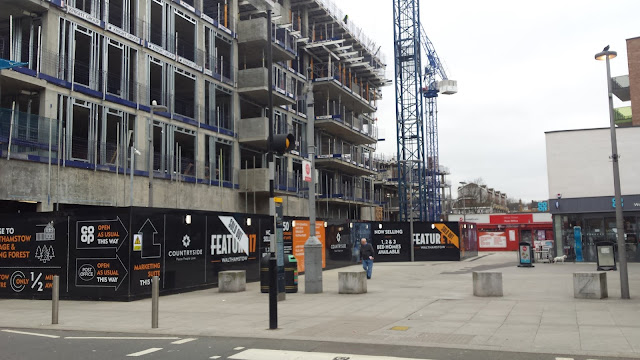 The council provided those at the meeting with a range of stats showing the use of the current library and they are hoping to broaden the range of users and increase the numbers using the new building. Currently the main users are young families with few elderly people using it.

Residents attending the meeting were put into 2 Workshops, one developing ideas to attract more people to the library and the other working out the internal layout of the library. It was felt that those "working from home" should be accommodated at one end with good WiFi, a teenage area in the middle and the cafe and children's area at the far end close to the new children's play area. There will be one small meeting room in the building which will be let out. In good weather there will be an opportunity to put out tables and chairs on the plaza for cafe users.

There is a trial at Higham Hill library, which so far has been successful, to allow library users in using a card access system 24 hours per day. The library is expected to be open every day of the year except for 4 days i.e. Christmas Day etc.

A Library Forum has been set up to advise on the details for the new library and more members are needed so if you want to help with the new library please get in touch with one of your local councillors.

Email ThisBlogThis!Share to TwitterShare to FacebookShare to Pinterest
Labels: Libraries

In spite of this, TfL seem to maintaining an information black-out. The TfL website is still announcing that a 6-train, 15-minute frequency full service will operate from 16 March!

Please find attached the expected Monday - Friday train times from Monday 16 March, based on the little information released by TfL. Due to this information vacuum, it is not possible to predict what kinf of service, if any will operate on Saturdays & Sundays.

Below, predicted Monday to Friday service from 18 March, the 3 trains that will be relied on to provide that service and the last poster issued by TfL. 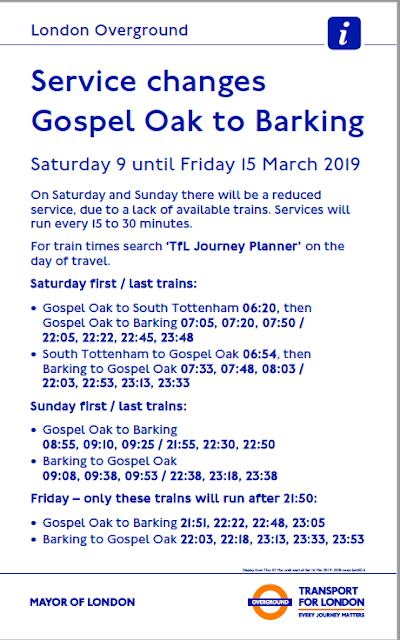 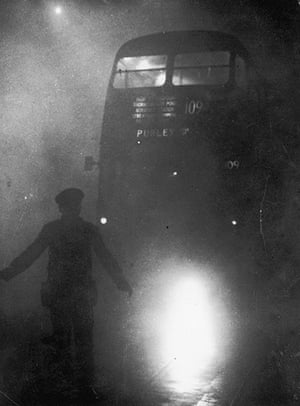 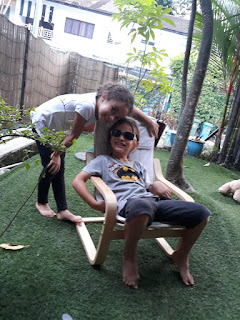 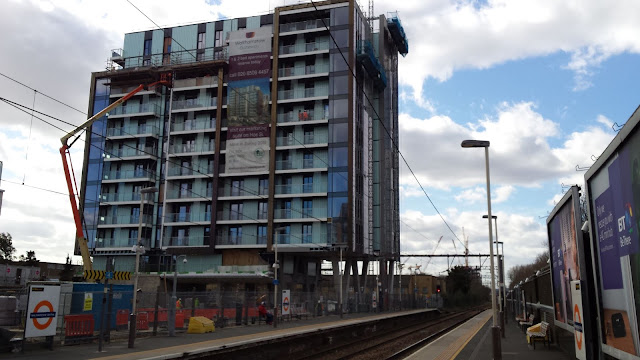 Wood Street ward councillors are hosting a ward forum at 7pm on Tuesday 19th March at The Woodside Primary Academy, Wood Street, E17 3JX.   (Forest Site, Near Forest Road)  The session will focus on Wood Street Library and will feature presentations from Officers and a Cabinet Member which will be followed by a workshop.
Wood Street residents are encouraged to attend and contribute to the discussion.  Its your Ward and its your opportunity to have your say.
Posted by WFOC at 20:43 No comments:

Subject: March News from The Mill
To: <adrian.stannard@btinternet.com>