Save the Community Pool 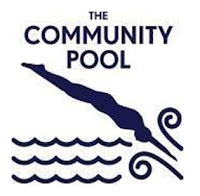 From The Community Pool:
Long term future of the pool
Waltham Forest College have stated that the "space currently occupied by the pool" is being considered for redevelopment and that there is "a likelihood" that The College will enact the break clause on the Pool’s lease at the earliest opportunity i.e. February 2019. The Community Pool will then have two years to vacate the premises.
If this happens the value of the redevelopment, which is completely unfunded as yet, will have to be set against the £300,000 that has already been spent on the pool, the 22 salaried jobs that will go, the similar number of casual workers, the 15 schools that have their swimming lessons here, the seven clubs and the 3500+ weekly pool users. Also the lifeguard training, the courses for swimming teachers, coaches and pool plant operators that we run.
The planning blight that is now affecting us is preventing investment in the pool. We cannot invest in energy saving technology or implement the major redevelopment plans that we have had prepared by Space and Plan architects. This is incredibly frustrating as we have access to funds and a major backer in place.
Can you help us to convey the message that there is a need for The Community Pool and that this has not been negated by the re-opening of the Feelgood Centre. The Community Pool and Pool & Track (now The Feelgood Centre) have run in tandem for a long time and address different needs - even in the area we overlap, our lesson programme, we have grown 3% spring term 2017 compared to spring term 2016 and the programme at The Feelgood Centre is also expanding - the borough is growing.
As well as the long term concerns we have an immediate issue. In July The Community Pool CIC was informed that the College were cutting their core hours of operation and that they expected The Community Pool to pick up the bill for opening outside their new core hours. They quoted a figure of £50,000 pa. A group of pool users including Tritons Swim School asked if we could have access to unused facilities at The College outside the core hours in order to generate income to cover this additional expense eg sport hall, classrooms, lecture theatre etc (apart from anything else the fact that a site which has had over £8 million spent on it since 2012 is sitting empty evenings and weekends is just wrong), the College trustees gave provisional approval to this idea. We secured finance to set this up and started working on a contract to run out of hours provision on a profit share basis with the College. The Community Pool CIC were asked to start paying the £50,000pa immediately, which it did, without passing the charge on to hirers.
During the Autumn term we were told that the contract would not be signed as merger negotiations were progressing and no contracts would now be entered into by Waltham Forest College that would compromise their strategic property portfolio. The lack of a contract meant that we could not access the funding that we had secured (£30,000 secured with the possibility of £200,000). We have been trying to open up negotiations with the incoming management team and put in place an interim agreement. In the meantime the Community Pool reserves have been running down.
At the beginning of February the College came back to The Community Pool saying that they had miscalculated the cost of opening the site outside core hours and it was actually £75,000 pa. This comes on top of an utility bill increase of £40,000 pa that the College is saying is due to previous miscalculations.
The Community Pool can no longer operate without passing these cost on to pool hirers.
This petition will be delivered to: